What are Blockchain Nodes?

The definition of nodes can vary from field to field, but it’s important to have a basic definition that can serve as a point of reference. In Botany, a node is the part of a plant stem from which one or more leaves emerge. So a node is simply an end point or an emergence point.

In computer science, a “node” simply means; a point of intersection/connection within a data communication network, or a device that plays a part in a larger network. it is capable of carrying out specific tasks, such as creating, receiving, or transferring data via a communication channel.

How does a blockchain node work?

A blockchain node’s primary responsibilities include broadcasting and validating transactions. A node receives a transaction from a user and broadcasts it to the rest of the network. The transaction is examined by each node in the network to confirm that the sender has the funds available and is authorized to transmit them.

Every node checks transactions, which contributes to the network’s security. Only after 51% of the nodes confirmed the transaction could it be accepted. It’s exceedingly unlikely that a malicious party could seize control of 51% of a blockchain network with hundreds or thousands of nodes. If you’re thinking about transacting in cryptocurrency, it’s always worthwhile to do some research on the nodes of that particular blockchain to have a better understanding of how secure it is.

You may have heard the terms “distributed” and “peer-to-peer” used to describe blockchain networks. These are systems by which nodes can verify each other’s network transactions and preserve the accurate database of previous transactions in a distributed manner (accessible to all)

Who can run a node?

In conventional finance, a centralized administration controls payment networks like Visa or Paypal. Since most cryptocurrencies use a consensus process to check and validate each other, the nodes of a blockchain do not need validation from the system’s central node. This means that anyone, wherever in the world, can create a node by downloading the blockchain’s software to their personal computer.

The Purpose of Blockchain Nodes

Since blockchains are decentralized ledgers, there is no single server where their database can be stored. But every blockchain network continuously grows as more blocks keep getting added to the chain.

Being decentralized also means that there is no single authority to check and approve transaction orders. This job is done by the nodes on the blockchain. Some nodes participate in the consensus algorithm to verify transactions’ validity, while others are responsible for just storing transaction records. The entire procedure includes nodes receiving a transaction order, checking its authenticity, approving or rejecting it, and then recording it on the ledger.

All decentralized blockchains are transparent, meaning users can access all information without barriers. To access any information on the blockchain, they have to interact with nodes.

For businesses, Getting a grips of blockchain nodes helps to create cost-effective and fast decentralized blockchain applications, Bitpowr as a blockchain infrastructure helps simplify the process.

Types of nodes in a blockchain.

The types of blockchain nodes are:

Pruned full nodes store data or the blocks on the hard disk by pruning the older blocks. They have defined storage space.

Such nodes first have to download the entire blockchain on the hard disk and then delete the older data block by block, starting from the beginning. They keep deleting the older blocks until the storage contains only the recent most transaction records up to the limit.

The second-most common type of blockchain node is the light node. The purpose of these nodes is to accommodate faster transactions and daily activities. That is the reason they are also known as Simplified Payment Verification (SPV) nodes. Instead of downloading and storing the entire blockchain, they are designed to store just the necessary information, i.e., blockheaders.

Hence, they save users a massive amount of time and storage.

A masternode is a type of full node that validates transactions and maintains a record of the blockchain, but it can’t add blocks to the blockchain.

A mining node participates in the cryptocurrency mining process. Mining nodes are selected based on the blockchain’s consensus mechanism. For example, with proof of work, the first mining node to solve a mathematical problem gets to confirm a block of transactions. A mining node may consist of one miner or a mining pool, which is a group of miners working together.

An authority node is one that the group or community in charge of running a blockchain has chosen. It can be found in blockchains where becoming a node requires a vetting procedure. For instance, proof-of-authority blockchains only employ approved nodes managed by node operators who have divulged identifying information.

Transactions can frequently be delayed for users on a blockchain network when it’s overloaded. The use of lightning nodes helps keep transaction completion latency to a minimum. By establishing a connection between the network and users outside the blockchain, these nodes make it possible for off-chain transactions. They lessen the strain on the network, making transactions instantaneous and with extremely low fees.

How to create Blockchain nodes

Setting up any type of node may appear difficult if you have little prior experience. However, there are other options for connecting, such as contacting a reputable provider, or a blockchain-as-a-service provider.

If you choose to do it yourself keep in mind that running a complete node incurs expenses and hazards. And while there are several online manuals, putting them up might be too complicated if you are not familiar with blockchain and programming.

For businesses, Getting a grips of blockchain nodes helps to create cost-effective and fast decentralized blockchain applications, Bitpowr as a blockchain infrastructure helps simplify the process.

You can contact bitpowr to learn more on how our infrastructure can help your DeFi projects achieve consistency, scalability, reliability, and security. 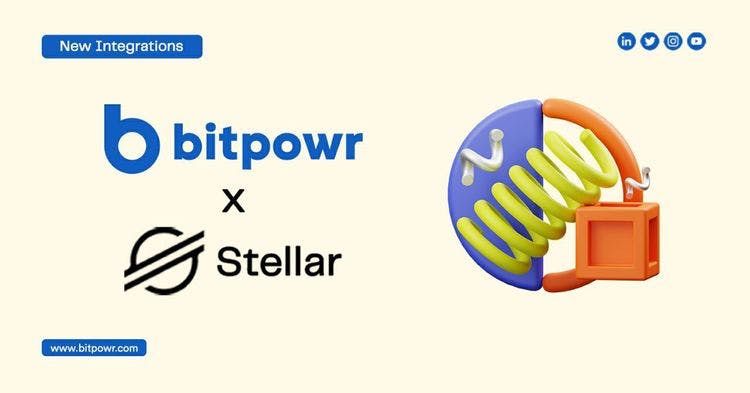